They stand beyond the planet, guiding souls through the last leap into the dark to reach the light

A bridge between worlds

The sun, moon and galaxies swirl behind them, climaxing in a gigantic pink lotus as the centre of creation

Souls rise from the centre of the Earth through a passageway formed by the couple, and the12 stars of the zodiac shine around its perimeter

As the sun and moon are reflected in the water, so too are Sanat and Lady Venus

Reflections of the male/female aspects of the creator

Ritual swords of enlightenment plus two regular ones (four swords)

Single print. Get a set of 14 laminated prints here. 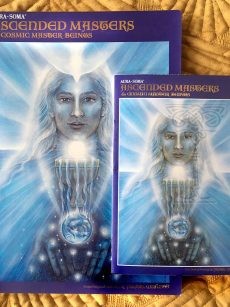 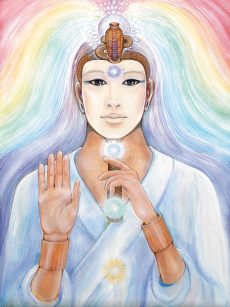 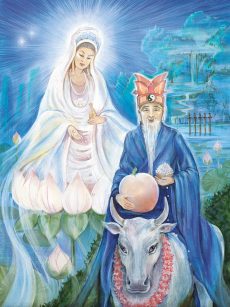 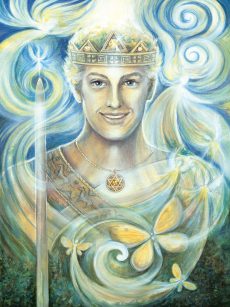 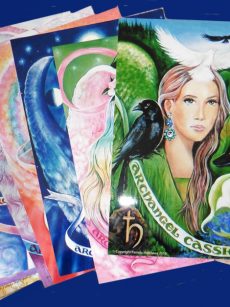 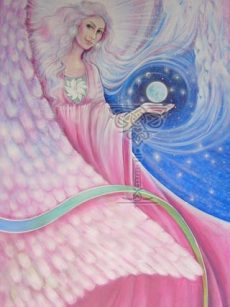 Angel At My Window Print

This angel has been found to bring serenity to healing space and also in the workplace or office, can also be calming if hung near computers, we are told they are also really appreciated in children’s bedrooms. 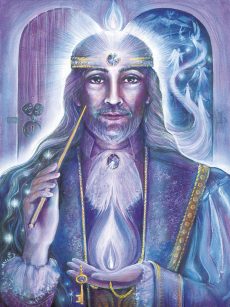